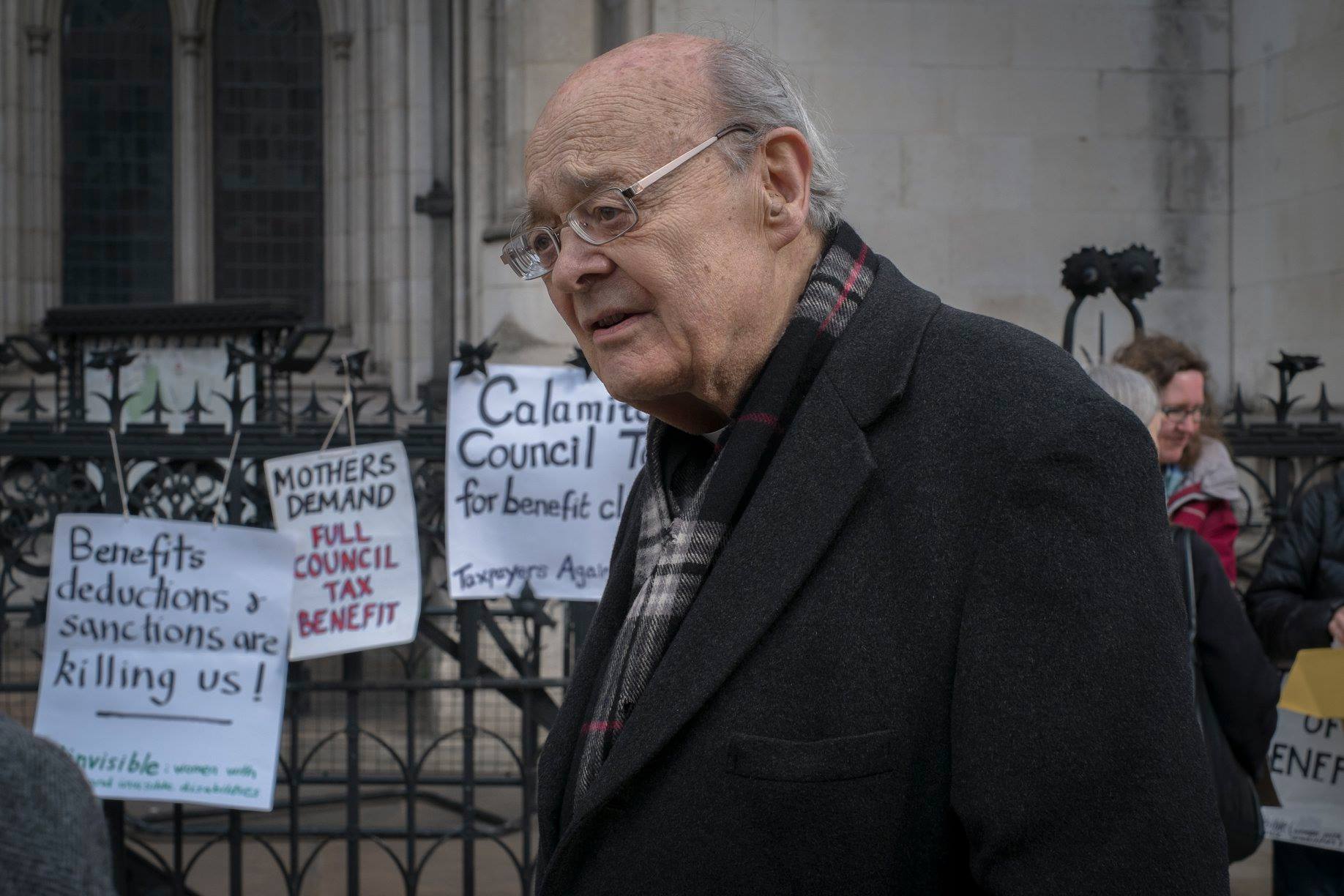 Anyone who has ever sat in a meeting with Reverend Nicolson will have witnessed his inability to be impressed with status, pomp or circumstance. Ministers, volunteers, and junior campaigners were all helped equally, with patience and often humour, to understand the problem and gently led towards his blindingly obvious solution.

SMK decided to nominate the Reverend Paul Nicolson for our Lifetime Achievement Award just a few months before he died in March of this year. Sadly, he never knew. We hope this acknowledgement of his work and achievements will inspire anyone driven to put right something they see is wrong.

Reverend Nicolson took his first position in the Church of England in 1967 as a Minster in Secular Employment. He earned his living as a personnel officer for ICI, which was then based conveniently nearby Parliament. This seamless mixing of everyday life, religious conviction and politics would characterise his next fifty years of passionate campaigning for social and economic justice.

Paul Nicolson rooted his work in the experiences of real people. He collaborated with academics, politicians and charities when it would get things done. Yet it was the testimony of the people he spoke and worked with every day that made the economic and social causes of poverty self-evident to him. He contributed to changes in taxation, social security, housing, food poverty, nutrition, and child development policy to name a few.

He is best known for founding the Zacchaeus 2000 Trust, originally as a response to the Poll Tax – perhaps the most politically charged issue of the early 1990s – which demanded a flat rate of local tax from every adult, regardless of income or circumstances. As he would do throughout his campaigning life, Reverend Paul Nicolson put his money where his mouth was. Joining other volunteers, he refused to pay in protest.

He would repeat his action over twenty years later, refusing to pay a Haringey Council Tax bill in order to highlight the burden that unchecked legal charges place on people already unable to pay. The courts agreed with him. After the ruling he said:

“It’s game, set and match to the poor. I’m not a socialist. I’m a Christian. All I do is state the facts on poverty.”

A campaigner to his toes, he pursued systemic change to correct injustices. Practical, passionate and pragmatic – he picked the best tools for the job. He commissioned the research on Minimum Income Standards which helped persuade Ken Livingstone,​ then Mayor of London, to introduce the London Living Wage. But he knew when pragmatism became capitulation and drew a firm line. When he became concerned at Charity Commission interference in charities’ campaigning, he founded Taxpayers Against Poverty as a not-for-profit company. It ​works​ without allegiance to any political party but is unashamedly political.

The Reverend Paul Nicolson truly was a campaigner who lived and breathed his convictions. He united his belief in the power of people’s experience with his faith and political nous to fight injustice head on. Sometimes quietly, sometimes dramatically, but always with courage and persistence.

The Reverend Paul Nicolson truly was a campaigner who lived and breathed his convictions. He united his belief in the power of people’s experience with his faith and political nous to fight injustice head on. Reverend Nicolson died on 5 March 2020. Only a week before, he had been campaigning outside Church House in London, where the Church of England Synod was meeting, in solidarity with the homeless. He truly was a campaigner until the end. Sometimes quietly, sometimes dramatically, but always with courage and persistence. 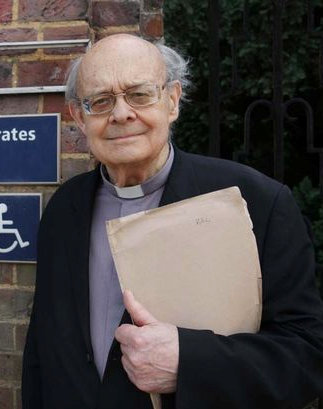 These seem good reasons for civil disobedience against laws that are causing some serious social, economic and health consequences.

“Our Dad was a loving man, but he wasn’t always the easiest person to get on with. He was a driven man, who had the courage of his convictions and confidence to do what he believed was right.”            – Tom Nicolson 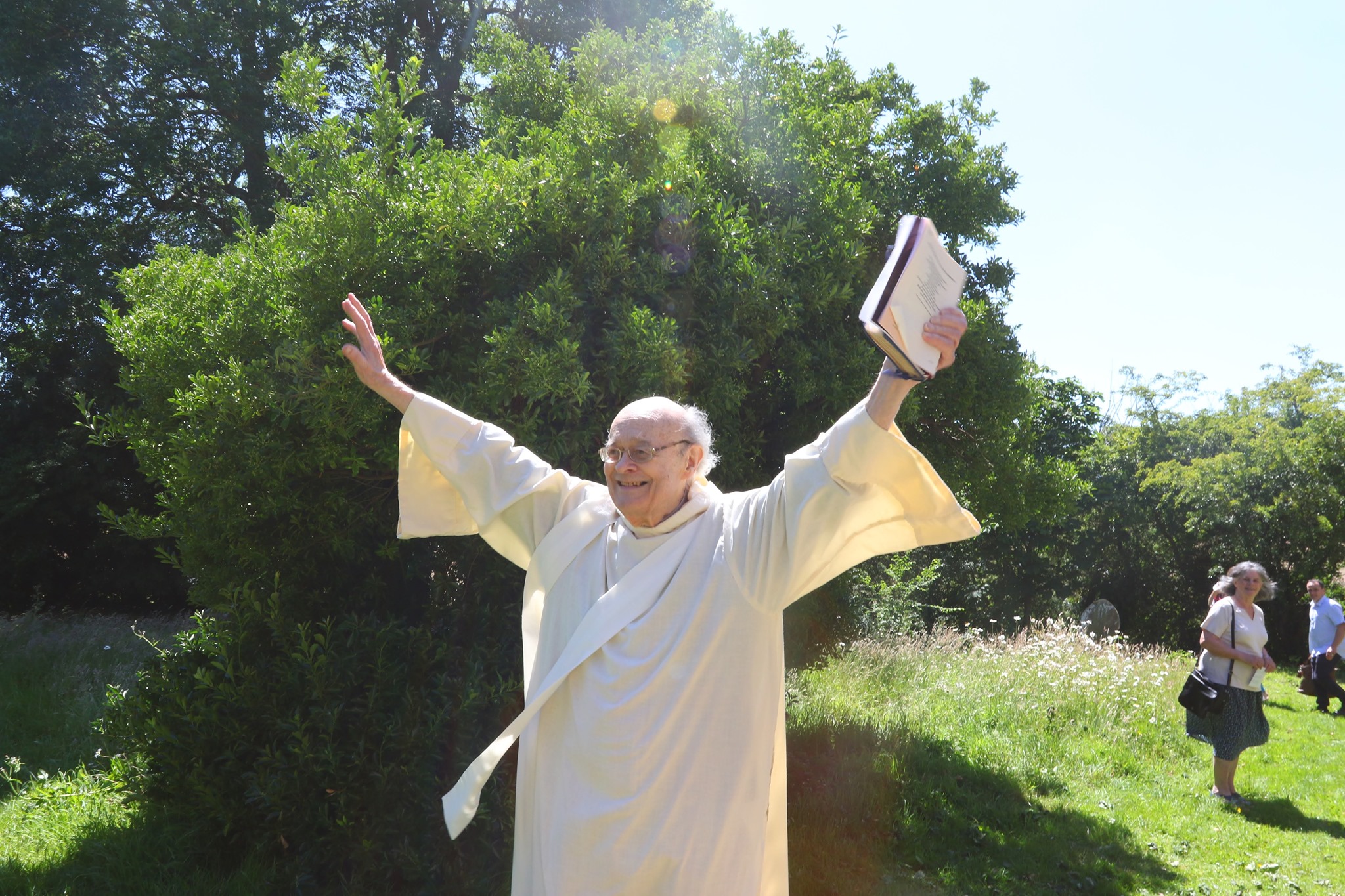 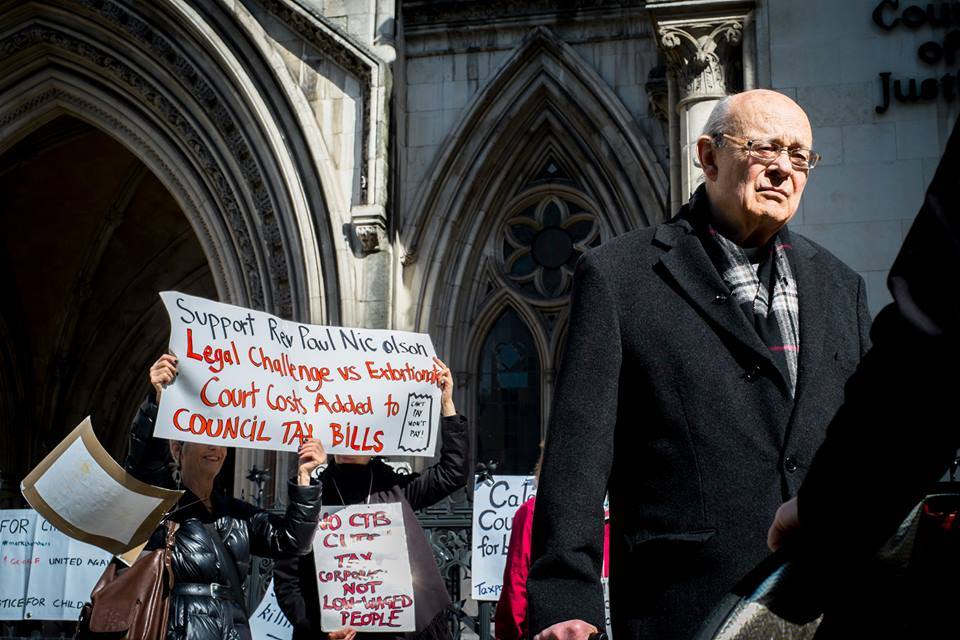 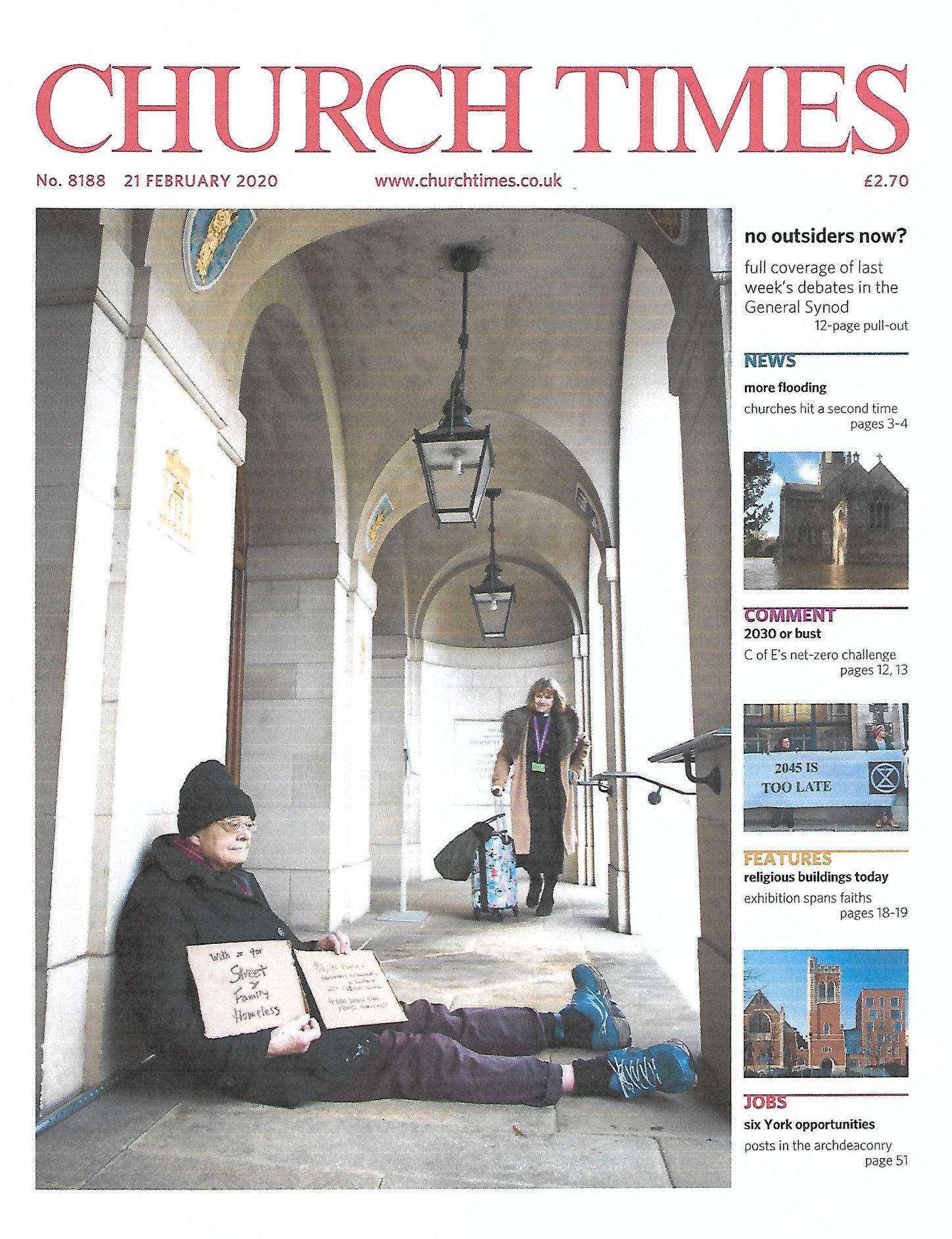