SMK’s vision is of a more confident and powerful civil society, whose role in social change is recognised and valued. We bring different actors together to share insights and create platforms that strengthen visibility and voice.

Our research reveals the reality of campaigning in the UK today, and we collaborate with others to tackle threats to civic space.

Is the Lobbying Act having a ‘chilling effect’, squeezing the voices of experience out of our political debate?
Read report
Civil society has played an active part in our national political debate without being ‘party political’ for more than a century. It has helped secure many of the freedoms, rights and protections we now take for granted: education for all children, voting rights, equal marriage to name a few.

The Government has pledged to promote democracy and civil society voices around the world, but here in the UK we are seeing both go into decline. The UK has joined a list of 12 European countries in which civic space is now rated as ‘narrowed’. Laws, policies and public narratives are all contributing to the gradual silencing of civil society.

We work to ensure that civil society’s vital role in social change is recognised and valued. 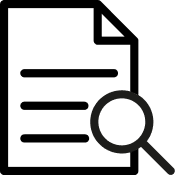 We wrote to Danny Kruger MP, reminding him that we are sector of reform as well as aid (July 2020).

We submitted evidence to the DCMS Select Committee with Children England on the work of Baroness Stowell since her appointment as Chair.

We are members of a cross-sector group working to protect civic space in the UK.