Solidarity, empathy and letting go of ego: the fight for abortion rights in Ireland 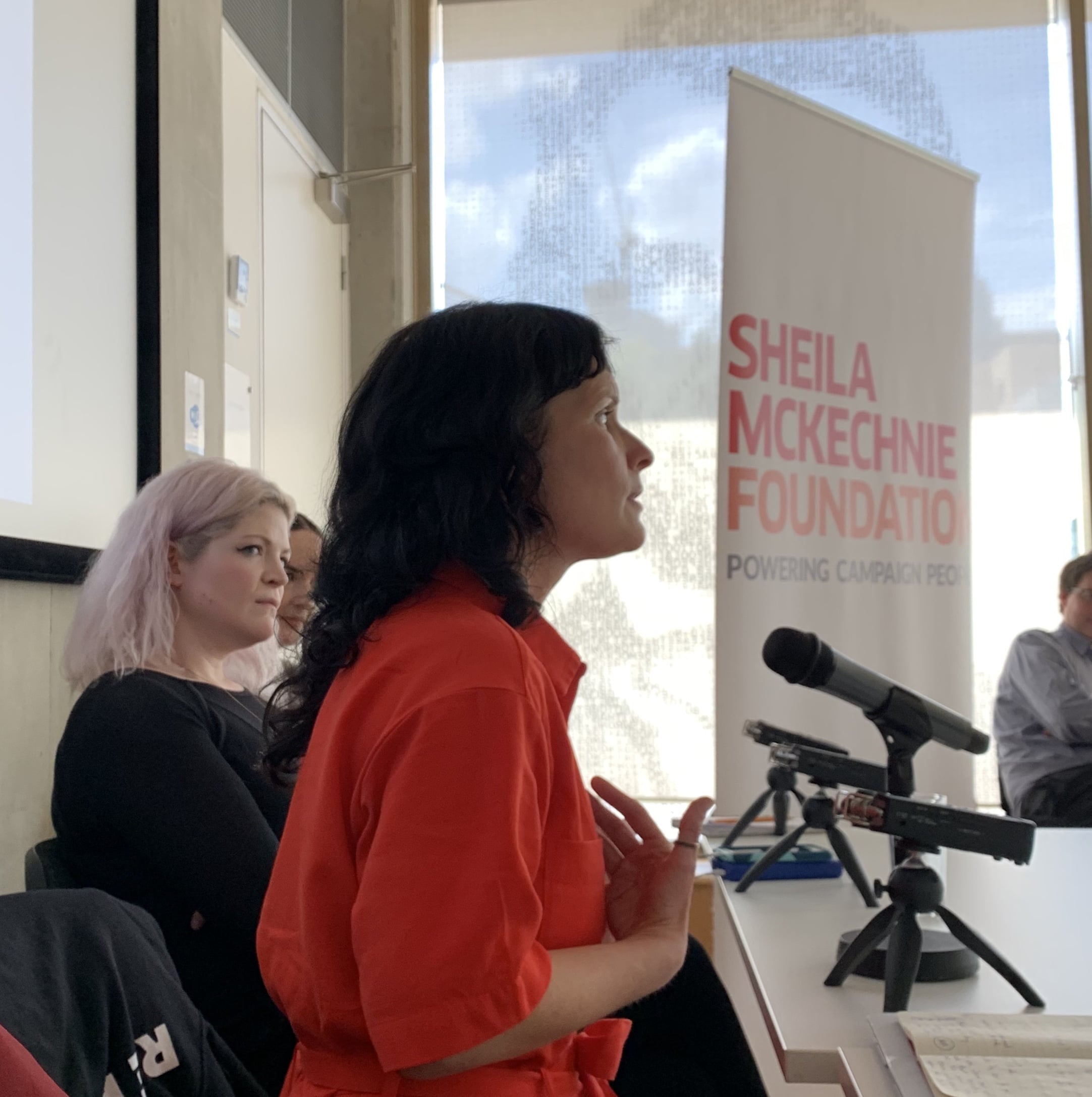 The SMK Change Network welcomed Irish campaigners who secured an overwhelming ‘yes’ vote in last year’s referendum on abortion. It was our best Change Network to date – constructive, emotional and inspiring.

On 25 May 2018, the Irish electorate voted by over 66% to remove the 8th Amendment from the Constitution, which banned abortion in almost all circumstances. Every constituency but one voted in favour of repeal. The fight for women’s reproductive rights is centuries old, but the debate was particularly entrenched in Ireland. This short film, which condenses the last century of struggle into just 20 minutes, is well worth watching.

When the referendum was called, campaigners shifted into a new mode. The prime directive was ‘solidarity’. Different perspectives, priorities and even deeply held principles were sacrificed in pursuit of a single shared goal – persuade Irish voters to say ‘yes’ on 25 May.

We heard from Deidre Duffy (campaign manager for Together for Yes), Dr Claire Brophy (co-convenor of the Abortion Rights Campaign) and Rachel Lavin (data journalist and Who Targets Me?). Nike Jonah (creative producer for Counterpoint Arts) also joined the panel for a series of provocations to UK campaigners.

A full report of the event will be published soon, along with a podcast, but we would like to share some notable moments and audience responses.

On solidarity and unity: “There was a lot of setting aside of egos, a lot of sacrifice… So much of the work was pulling people together. We have so much more in common than we don’t.” (Dr Claire Brophy)

The effort and sacrifice that went into making ‘Together for Yes’ a reality really struck a chord with our audience. We asked how capable of this kind of solidarity the UK social change sector is, and how we can put our own priorities on hold in pursuit of a greater mission. Panellists suggested that an ‘honest broker’ can be crucial, while the audience also identified issues around funding and organisation culture.

On setting the tone: “We made our table warmer, safer, more inviting, and less judgemental – and we fought for our rights.” (Deidre Duffy)

Campaigners knew they had to convince the ‘undecided middle’ and that they wouldn’t do that by simply asserting that they knew best. There had to be conversation, sharing of experiences, good quality information and a safe space to explore ideas. Our panel told stories that suggested this had allowed voters to genuinely and seriously deliberate.

In hindsight, campaigners wished they had planned how to invite men into the conversation – some hung back, some felt it wasn’t their conversation to have, and some felt excluded. This idea of working out how to invite potential allies in had resonance for many other campaigns, but most immediately the fight for abortion rights in Northern Ireland.

On building in resilience: “We had to build a system that would help our people withstand what we knew would be a brutal campaign.” (Dr Claire Brophy)

“If you can stand up and publicly debate abortion, in a small town, in Irish, you can do anything!” (Dr Claire Brophy)

Pushing against decades of cultural programming that said you didn’t talk openly about abortion meant that activists needed support, confidence, skills and the ability to dip in and out of activity to avoid burnout. The audience noted how skilfully digital tools had been used to make this process accessible, easy and effective, without relegating activists to an online-only role.

There is so much more to unpack – the role of social media and disinformation, values, narrative shift, digital tools to enable real-life activism, deliberative instead of oppositional models of debate, servant leadership, the nuts and bolts of collaboration, messaging discipline.

We will. But, in the meantime, we would like to extend our heartfelt thanks to all of our speakers for giving so generously of their experience, learning and time.

To hear about future Change Network events, sign up to our newsletter. You can subscribe to the Social Power podcast on iTunes and all good podcasting platforms.

Chloe Hardy is Director of Policy & Communications at the Sheila McKechnie Foundation.
← Previous article Next article →