The Social Change Project: What does creativity mean for sexual and gender diversities? 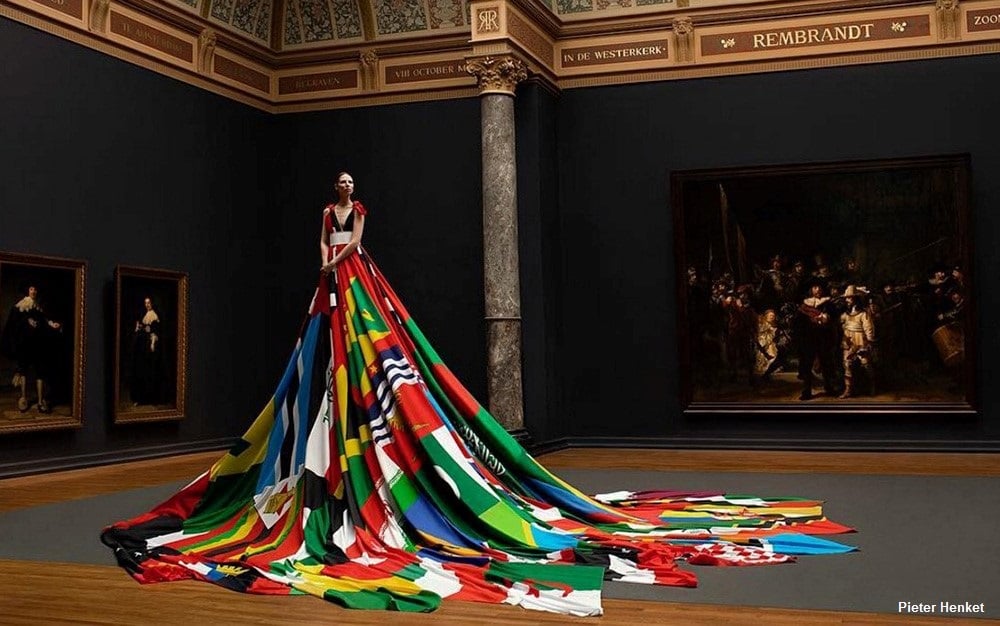 For a long time, being part of a sexual and gender minority group[1] was completely associated with being on the margins and creativity was in the DNA of the organisations. There was no blueprint for action, and activists had a strong sense that they could not just replicate what was being done in other fields. Sexual and gender diversities was a topic too contentious for many members of the public, it took creative protest and activism to capture their imaginations.

The main deconstruction that needed to happen at that time was that of sexual and gender non-conformity as something shameful, painful, sad, isolating, unhealthy. Very logically, the movement created formats of mobilisation that told exactly the opposite story and talked about pride, enjoyment, happiness, community and healthy living. Pride marches put these values out on the street, with inspiration from traditional carnivals and other street parades.

When the HIV-AIDS epidemic struck, the movement once more reacted with huge creativity, from die-ins to the Memorial Quilt, or covering up Paris’ Obelisque with a giant condom.

At present, the sexual and gender minorities’ movement is confronted with new challenges, over which its creativity will once again be called on.

In the “Western” sphere, there is a public feeling that the rights of sexual and gender minorities have by and large been secured. This is mainly caused by the lack of awareness of the seriousness of the situation of Transgender people and the systematic violation of many of their Human Rights.

Still, after years of very strong visibility of the mobilisation for sexual and gender diversities, there seems to be some fatigue for attention to these issues. Creativity is certainly the only way to keep the public’s attention on the struggles that are left to fight.

Wonderful ideas have been developed, such as shooting a rainbow flag into the stratosphere to advocate for more “safe space”. Or printing on toilet paper the text of a bill to prevent Transgender people from using their preferred bathroom.

Another big element of change is the growing need to mobilise public opinion to secure change. Whereas some years ago many organisations could rely on sole lobbying to pursue their objectives, it looks more and more unlikely that major victories could now be scored without public facing campaigning. In many countries, this has been true for sexual and gender minorities too and much progress has been achieved via laws, regulations and court orders without much, or any, public campaigning taking place. This has resulted in many places in an enormous and disastrous gap between the legal situation for sexual and gender minorities and their social acceptance, as is the case in many Eastern European countries, or South Africa[2] where equality regardless of sexual orientation is granted in the Constitution, but where social violence against sexual and gender minorities is rampant.

Sexual and gender minorities in the global South face an additional problem as creativity today means to reclaim objectives, terminology and formats that are truly a reflection of local contexts, and not mere replications of mobilisations developed in other contexts.

With the globalisation of representations (for example a socially liberated, economically independent individual) and of mobilisation formats (like meme campaigns on Facebook or Twitter storms), the pressure is high on sexual and gender minorities worldwide to conform. Once more, creativity will be needed to rise to the challenge. A good example of this is how organisations in Lebanon have been reclaiming and reframing the concept of “Pride” without using that specific word which holds different meaning

Each year the 17th May marks the International Day Against Homophobia, Transphobia and Biphobia, which provides one of the essential annual landmarks for sexual and gender minorities to get creative. As a global event, particular attention is given to not homogenize the mobilisation and to promote as much creativity as possible. And the results are stunning!

In Australia, a very popular form of mobilisation has been the lighting up of public buildings in rainbow colours, a format of action that also made it all the way to the Chilean Presidential Palace.

In the Netherlands, a dress was made from all the flags of the countries that still criminalise same-sex conduct and will tour the Dutch Embassies of all these States

A hand holding “freeze-mob” was set up to denounce the freeze of advancement of rights in Hungary.  In Cambodia, activists celebrated family values by organising community events in rural villages where family traditions matter most.  Hugely successful Transgender beauty pageants were organised in virtually every island of the Philippines where this type of event enjoys massive popularity.

In order to showcase this diversity, and to generate more ideas and inspiration, many of these creative actions are documented on the Sogicampaigns resource centre and a special Facebook Group has been set up to discuss  Creative Campaigning.

For sexual and gender minorities worldwide, creativity is not just a necessity to stay in the public eye and to garner support. It is the expression of the very essence of who we are: because in the face of stigma, discrimination, violence, and pressure to conform and transform, we all need to start with one essential step: creating ourselves.

[1] This terminology aims to be more inclusive than the limited categories that are covered by the more mainstream « LGBT » acronym. Many people who don’t conform to sexual and gender dominant norms and stereotypes don’t identify with any of these identities, which are very Western-centric and reflect a binary vision.

[2] A lot of very good public campaigning did happen in South Africa on these issues, but has never been enough to counter the extremely high levels of homophobia and transphobia

Joel Bedos
Joel Bedos is a campaigner and community builder for social justice and diversity. He is also a board member of the International IDAHO Committee, the organising promoting the International Day Against Homophobia, Transphobia and Biphobia.