Preventing protest has nothing to do with pandemic policing 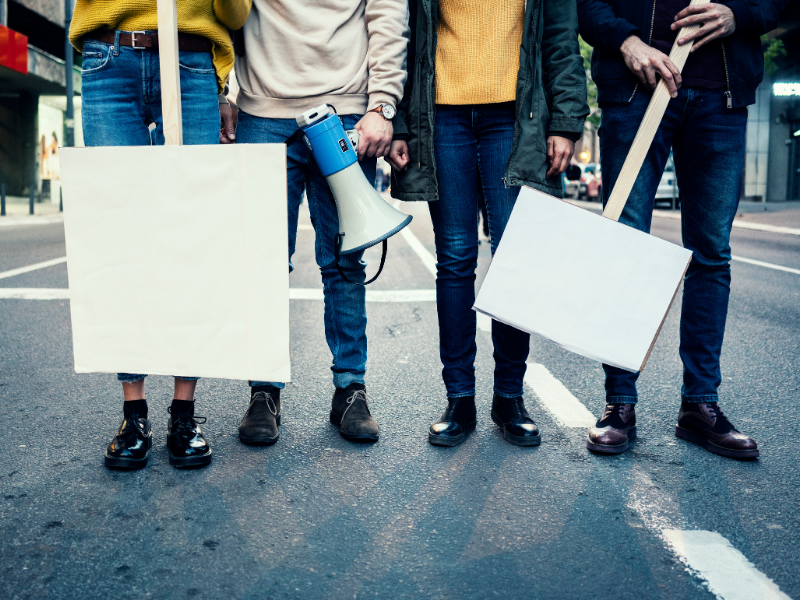 The sweeping new powers in the Police, Crime, Sentencing and Courts Bill could be with us for decades. We cannot let the pandemic be used as a cover for draconian protest proposals.

In March, women gathered to mourn the death of Sarah Everard. At vigils across the country, they came to pay their respects and to honour other women who have suffered at the hands of male violence. Within hours, police had moved in to break up the Clapham Common vigil, arresting and manhandling several women, despite similar events being allowed in other parts of the country.

In response to the pandemic, restrictions are already in place that have reduced people’s ability to gather and protest. Protests may need to happen differently during a pandemic, but concessions have been made in the knowledge that such restrictions are not permanent and on the understanding that we will (eventually) be able to pursue our freedom to assemble as before. The court case brought by Reclaim These Streets in the run up to the Clapham Common vigil clarified that, even now, there can be no legal blanket ban on protest by police forces. But with the advent of the Police, Crime, Sentencing and Courts Bill, the future of protest post-pandemic is far from certain.

The Government is seeking to strengthen powers to restrict protest. In the wake of police intervention at the Clapham vigil, attention has shifted to the troubling new legislation, which has passed its Second Reading and is now before a Public Bill Committee for detailed examination. It covers a wide range of criminal justice issues. Parts Three and Four affect the right to protest but also Gypsy, Roma and Traveller communities. If passed, it will certainly make constraints on protest long outlive the emergency Covid legislations.

These measures come explicitly as a response to protests by Extinction Rebellion and Black Lives Matter, with Metropolitan Police Commissioner Cressida Dick stating that since the ‘first large-scale Extinction Rebellion protest in April last year’ she has been seeking changes to legislation to give police more powers. Police currently rely on the Public Order Act 1986. The new legislation would allow restrictions on protests in a much broader set of circumstances, with definitions resting in the hands of the Home Secretary, who may change them with minimal Parliamentary scrutiny. Interpretation ‘on the ground’ will lie with the most senior police officer present.

New measures include empowering police to impose restrictions where protests are deemed noisy enough to cause ‘intimidation or harassment’, ‘serious unease, alarm or distress’ or which ‘may result in serious disruption to the activities of an organisation’ in the vicinity. Essentially, the Bill makes it possible to prevent or shut down protests that are ‘disruptive’ (read: effective) from being anywhere near the very organisations that protesters want to hear them.

It also includes in its definition of public nuisance an act or omission that causes ‘serious annoyance’. This could include a vast quantity of previously legal protest activity and, for those found guilty, there would be serious criminal penalties of up to 10 years imprisonment.

Through the lens of this new legislation, one can only picture a quiet group of protesters, in a remote location far from the ears they hope to reach or any passers-by who might take offence. This seems a far cry from the sort of protest we expect to see in any healthy functioning democracy.

As Theresa May MP, former Prime Minister and Home Secretary, said during the first debate on the Bill, ‘…freedom of speech is an important right in our democracy, however annoying or uncomfortable that might sometimes be…I would urge the Government to consider carefully the need to walk a fine line between being popular and populist. Our freedoms depend on it.’

SMK is adding its voice to the call for the Government to fundamentally rethink its approach to this legislation, which will stifle the freedom to protest for each and every one of us.

We urge politicians of all parties to reflect carefully on whether this is the way to champion democracy. They must do all they can to persuade those responsible to uphold, not dismantle, our precious civic space.

Amy Gibbs
Amy Gibbs is a second year law student and was on a paid internship with SMK in 2021.
← Previous article Next article →