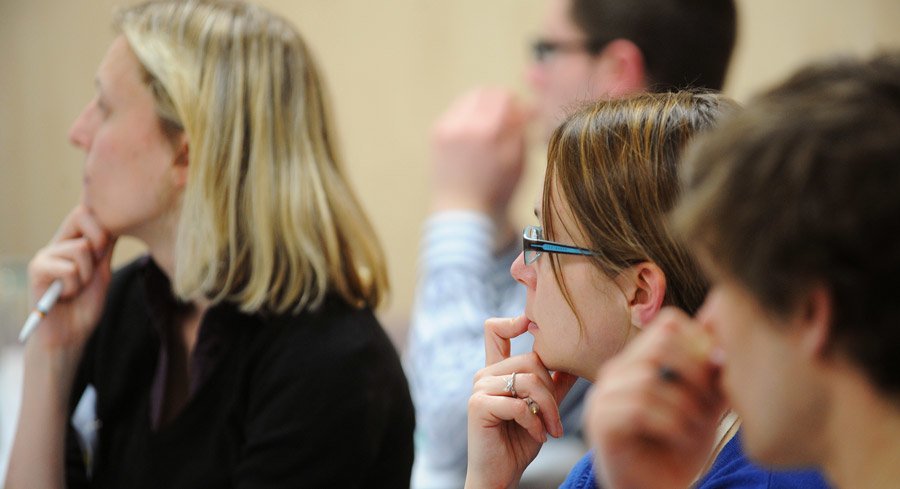 Having previously been a civil society advocate and campaigner, I often wondered what the most successful tactics were to influence policymakers. I then took up a job in the civil service in environmental policy, and for the past few years I had the opportunity to see what civil society advocacy looks like from the ‘other side’ – in government.

What are the most useful tactics that charities and civil society can adopt to influence the agenda? And which tactics are counterproductive?
This anonymous blog is an attempt to answers these questions from an ex-civil servants’ perspective. In the emerging era of “post truth politics”, what actually reaches those who are generating new policies, and what is completely ineffective?

Do something new.
When doing a protest, it will have most impact if it is innovative and gets media attention. If a demonstration is not targeted to reach policymakers directly or reach the media, how is anyone going to know it is happening?  Localised banner-waving, especially if you only have a few people involved, will probably make you feel good, but it will not have much impact unless you think about how andwhere.  By contrast, holding your protest right outside the government department or a board meeting is a great tactic that may be able to persuade those directly responsible.  I saw this first-hand: workers from the department said they had chatted to the protesters on their way into work, which was helped by the fact it was visually interesting and the protesters were friendly (in one case, small statues were built outside the department).

Target the media.
Policymakers watch the media closely. There is often a specific team member within government whose role is to scan the media, particularly looking for stories that have could affect the reputation of the department. If you can identify the communication liaison officer, it may be worth engaging with them as they might also be tasked with engaging stakeholders. If there are media articles about your campaign issues, it is much more likely to reach your target audience. However, if there is no media coverage of a ‘policy report’,even if it is an excellent report, it might well be a wasted effort, because the target audience will not have time to find and read it.

Choose your targets.
The media is a crowded space, so it’s worth choosing your targets carefully and working strategically to get coverage. In that sense, you may have to think more like a private sector marketing director than a civil society advocate. Ask yourself: Who do you want to reach? What will influence them? Do you have any channels you can go through to reach the target audience?

Contact celebrities.
Get some high profile experts or celebrities on board. Whether we like it or not, we live in a world obsessed with celebrities. Policy officials and government ministers are just like ordinary people in that regard – they will get excited about celebrity involvement. As well as getting media attention, celebrities can also help you get the attention of ministers or government officials.  I remember colleagues getting extremely excited if there was a Hollywood star attending their conference!

Have some middle ground.
One of the main mistakes charities and policy advocates make is failing to compromise when the campaign is not gaining traction. Of course, at times it is necessary to stick firmly to your principles and push for the ideal result.  But like in any negotiation, it may be more tadalafiltablets effective to have a middle position that is easier to achieve. The middle point creates options and could become a “fall back option” when your target wants to ‘give’ something. Historically, successful popular movements have often had a more moderate as well as radical wing (like Millicent Fawcett’s role in calling for votes for women in UK).  Even a small change can be a stepping stone in the right direction.

Inspire supporters with success.
Linked to the previous point, having some small ‘wins’ to demonstrate can help inspire your supporters. In the initial stages of a campaign, it might be worth considering going for an easy target to gain traction – otherwise you could put off your supporters with early failures.

Try old school tactics.
Written letters and postcards seem to work well.  When I previously worked for an MP, I noticed every written letter got more attention than an email because it took physically longer to respond to.  Advocates should not underestimate the impact of a personal handwritten letter or postcard, because it appears more personal than a copy-and-pasted email.

Don’t be aggressive.
Meet the policy officials in person and don’t be aggressive. In a previous stakeholder meeting I attended, at a well-known government department, I was struck by the behaviour of one male attendee from a charity.  He was aggressive and rude towards the civil servants involved, getting a negative reputation for himself. This meant that his comments were generally ignored because staff were aware he had been rude. The stakeholders that were most successful were the ones that were civil and tried to engage on a human level.  As a civil servant for the past few years, frequently some charity representatives would sit across the table from me assume we did not want to help them. It’s important to remember that some of them might be working for government because actually, they do want to help make things better.

Talk to them.
There is no harm trying to get a policy official to read your report before you publish it.  If you give them a few days notice before it is published, it might even have more of an impact because the team will (1) have time to prepare a response (2) will read it (3) will pay attention, just in case it attracts media attention.

Do not shoot yourself in the foot
Think strategically – if something isn’t good enough, but you still want it to exist, then do not attack it – you may be helping your enemies.  I have seen sensible policies thrown out because they were attacked early on. At times, a new idea or approach will need time to evolve, so it is unwise to criticise early hiccups. Opponents might use early criticism as an opportunity to get the whole idea rejected, so it would be  unwise to collaborate with them. Remember that an enemy of your enemy is not necessarily your friend. An over-zealous criticism of an imperfect policy initiative in its early days might result in the whole policy getting thrown out.

Private sector advocates are often equipped with specific training on lobbying and negotiation tactics. However, I don’t think civil society advocates have the same level of training on how to influence policy.  Perhaps ex-officials could be involved in sharing their experience to benefit other advocates.  If we want to be taken seriously and be effective, social advocates, too, need to get smart!