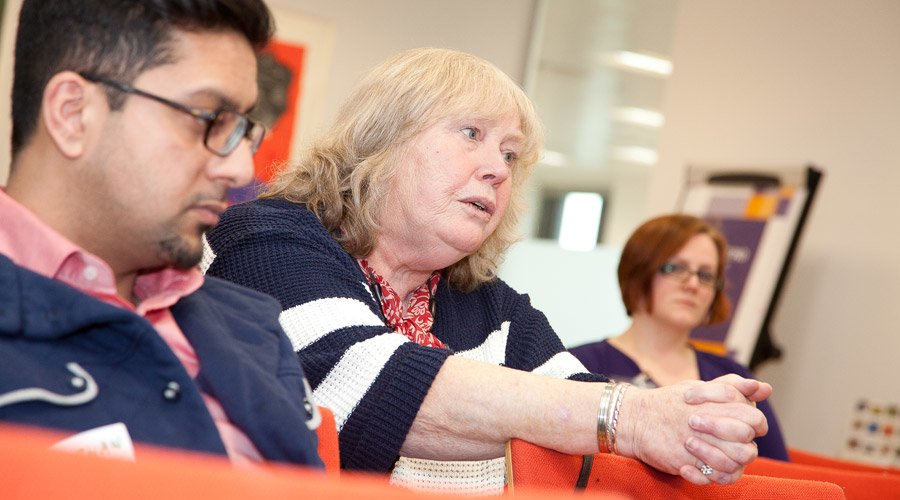 A year on from the EU referendum, I want to offer some reflections on the Remain campaign, why it lost and the lessons those of us engaged in campaigning for social change can take from the experience.

Twelve months ago, I woke up to the news I’d been dreading for months – the UK had voted to leave the European Union. In the run-up to the referendum my partner and I would regularly turn to each other and say, ‘We’re going to lose this, aren’t we?’, usually after hearing a politician or commentator talking about the referendum in terms we believed wouldn’t connect with a lot of people.

The cheerleaders of the Leave campaign appealed to voters’ emotions with their calls to ‘take back control’ and divert £350m a week from Europe to our much-loved NHS. Meanwhile, the Remain campaign wheeled out experts to tell voters what they should be thinking. The only emotion the Remain side dealt in was fear (of the economy crashing). Unfortunately, they forgot that many were already feeling the pain after the economic crisis in 2008 so the economic message didn’t hit home in the way it might have done in the past.

At the start of the referendum campaign I signed up as a volunteer for the cross-party Stronger in Europe campaign and joined my local group. However, I left after a month or so because I felt some of the campaign’s strategy and tactics were wrong. For example, Stronger In wanted to maximise Remain votes in London, which was sensible, but wrongly assumed Labour-voting areas like mine would automatically vote Remain. In fact, I met plenty of Labour-voting Leavers or waverers in the most deprived parts of Tottenham, north London, close to where I live.

The national Stronger In Europe team encouraged volunteers to engage in high visibility campaigning activities such as leafleting and street stalls. Many of us in the local group wanted to knock on doors to have conversations with undecided voters and organise community events to engage waverers in the arguments for staying in the EU.

Early in the campaign, we were asked to hand out leaflets featuring a senior police officer explaining why staying in the EU would keep us safer and more secure. This was in Tottenham, an area with an unhappy history of riots sparked by police behaviour.

As a volunteer, I felt patronised and ignored by Stronger In Europe staff who dismissed advice and ideas from local volunteers, even though we knew the community and had lots of campaigning tadalafilhome experience between us. So, I left and volunteered for the Labour In campaign instead.

To its credit, my local Labour Party enabled me to train and lead volunteers to use new persuasive canvassing techniques proven to work in the US. We had lots of conversations on the doorstep with people who were considering voting Leave but were persuaded back towards the Remain camp when offered the chance to discuss their fears and grievances.

Plenty has been said by others elsewhere about Jeremy Corbyn’s lacklustre effort to persuade Labour voters to Remain and I agree, he could and should have done more to bolster the Remain campaign.

So, what are the lessons those of us who seek progressive change need to learn from the referendum campaign?

First, an argument can’t be won in a few weeks. For 20 years or more, those of us who value the UK’s membership of the EU failed to make a positive case for it. Instead, we complacently assumed the UK would never leave and allowed hostile media, Nigel Farage and the Conservative right wing to make their case, unchallenged.

Second, we failed to understand the perspectives of people outside our own circles. This meant we were lost when it came to crafting messages and choosing messengers that would connect with people and persuade them of the merits of staying in the EU. Duncan Exley published a good piece on this before the referendum result was known.

Third, emotion matters at least as much as facts, evidence and expert views when it comes to persuading people to back one’s cause. There is evidence to back this up but little sign that progressive campaigners are utilising existing knowledge in this area to win arguments and influence behaviour.

Fourth, stop subjecting campaign volunteers to command and control and start embracing distributed leadership models. The American political scientist Hahrie Han has written about this in her book, How Organizations Develop Activists.

In summary, Remainers lost the argument over a long period of time. We can continue to moan about the lies of the Leave campaign and call the 52% of people who voted to leave ‘stupid’ (sadly, I have heard friends in my own circle apply such pejorative language to people who take a different view to their own). Or, social change campaigners can start applying these lessons to future campaigns. We must, if we are serious about wanting to change the world. If we don’t, we will keep losing.