Pat Cullen for Staffing for Safe and Effective Care 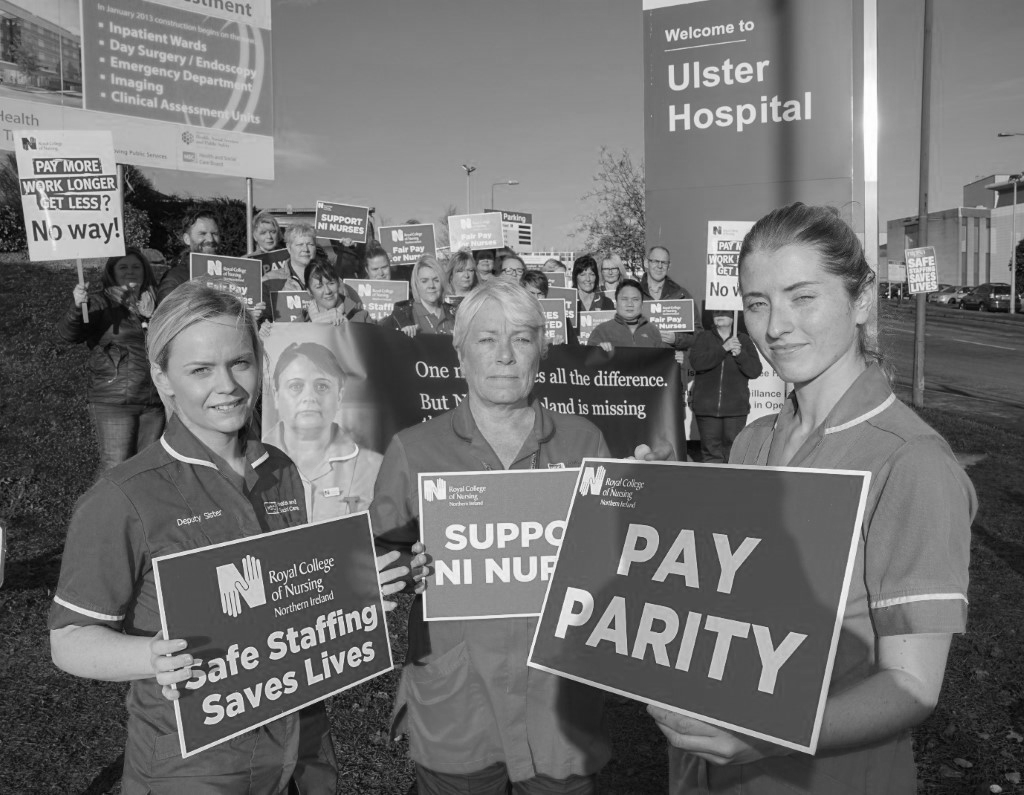 The first day of strike action in the 103-year history of the RCN (across the UK) took place in Northern Ireland on 18 December 2019.

In October 2019 The RCN Northern Ireland Board took the unprecedented step of balloting RCN members working in Health and Social Care services (HSC) on industrial action, including strike action, regarding the nurse staffing crisis in Northern Ireland. 92% of members voted in favour.

At that time, Department of Health figures (September 2019) showed there were nearly 2,800 unfilled nursing posts across the health service and it was estimated there was a similar level of vacancies in nursing homes.

The dispute centred on two issues: safe staffing within the HSC and pay parity for nurses in Northern Ireland.

Despite intensive negotiations, the RCN and other trade unions were unable to get movement from the Department of Health or Secretary of State to address the issues in relation to pay parity and to begin discussions on safe staffing. RCN members were left with no other choice but to take industrial action which commenced on 3 December 2019. Pat Cullen, RCN Director in Northern Ireland collaborated with colleagues and members to successfully carry out this strike action. Pat brought together a community – wider than just nursing – to raise awareness of the pay inequality and the impact unsafe staffing levels have on patient care. 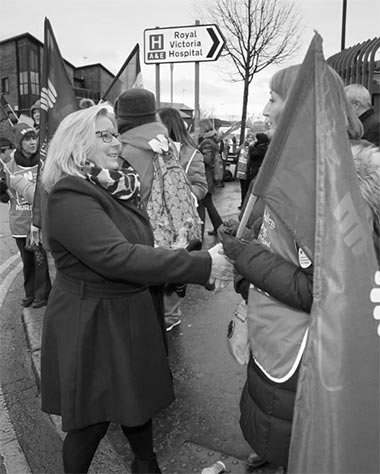 Taking strike action does not come naturally to any nurse, however they had exhausted every single option open to them to try and get those in power to listen to their very real concerns about patient care as a result of not having enough nursing staff.”

Taking strike action does not come naturally to any nurse, however they had exhausted every single option open to them to try and get those in power to listen to their very real concerns about patient care as a result of not having enough nursing staff.”

Just one day after the third day of strike action by nurses in Northern Ireland, the Northern Ireland Assembly was restored following three years of not sitting. Health was at the centre of the New Deal, New Decade Approach, published by the British and Irish governments, and talks began with the RCN and other unions immediately.

As a result of these negotiations, the Minister for Health endorsed proposals to bring about pay parity with the NHS in England and begin to address safe staffing issues. The RCN announced the suspension of strike action on 16 January 2020. A consultation with members followed and they agreed to accept the proposals.

Pat mobilised thousands of RCN members in Northern Ireland. She engaged members of the nursing community by speaking directly to them, visiting their workplaces and appearing on TV, advocating and articulating the struggles they face to provide safe and effective care to patients.

The COVID-19 crisis has delayed the implementation of the safe staffing elements of the agreement. Our priority now is to hold the Department of Health and the Northern Ireland Executive to account for the delivery of the Health Minister’s safe staffing framework, particularly in respect of the need for safe staffing legislation. 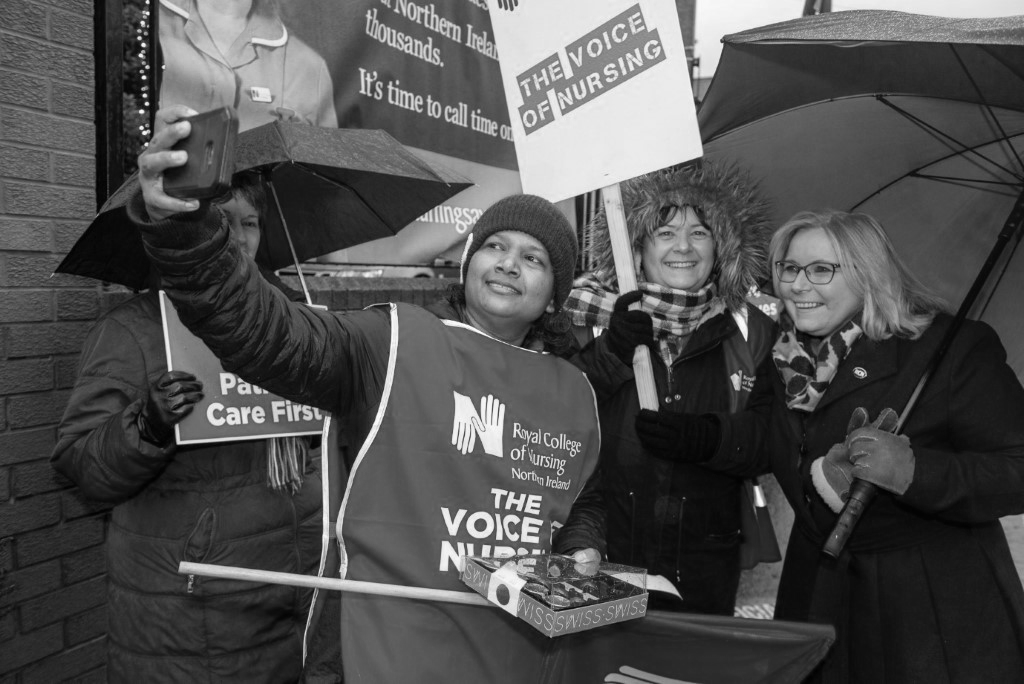