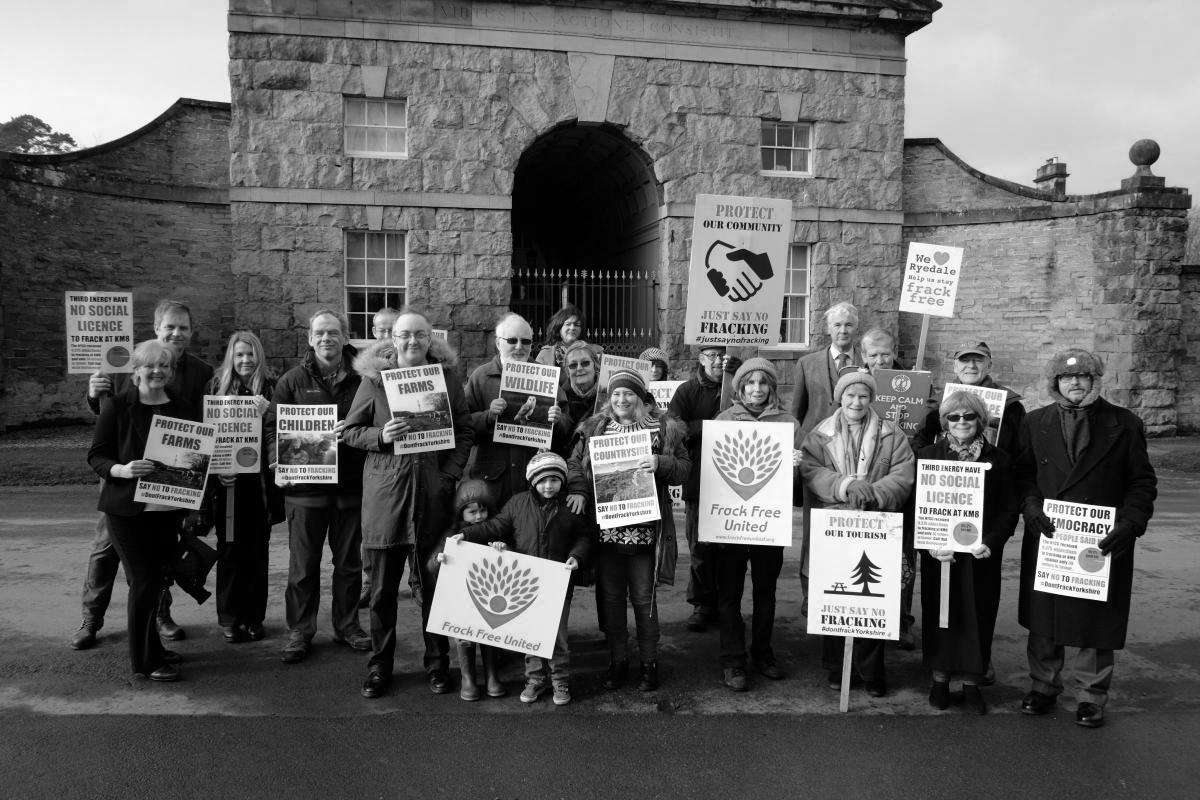 Working through the parliamentary system they raised fracking onto the agenda in every party and at every level of Government.

As campaign director of Frack Free United, Steve led and developed a network of opposition to take the message of communities directly to government.

In 2016, after the application to frack for Gas in North Yorkshire had been approved, the Frack Free United network was established with key regional campaigners and NGOs with the objective of providing a national identity and taking the grass roots campaign of opposition to fracking to the heart of regional and central government.

By linking up the grassroots campaign and politicians and defining a national message they took their message into the heart of the political debate at a time when we had no choice but to shift all the political parties into a position opposed to ‘fracking’.

Slowly but surely they worked with members of all political parties to take the stigma out of the issue and present it as a problem faced by the community as a whole. Their role was to launch the Frack Free Candidates election campaign and use this period as both a time to raise awareness within affected communities and the policy makers with influence.

They agreed strategy and outcome for the Frack Free United project including activity to raise fracking on the political agenda of all main parties, ensuring local and national strategies were coordinated.

In particular, they worked with communities, NGOs and local Groups with a specific focus on building a supporter base, developing a database of thousands of supporters and building a communication network of elected politicians, academics and community groups.

Working through the parliamentary system they raised fracking onto the agenda in every party and at every level of Government including co-ordinating MPs offices to organise Westminster debates and events at all main party conferences. 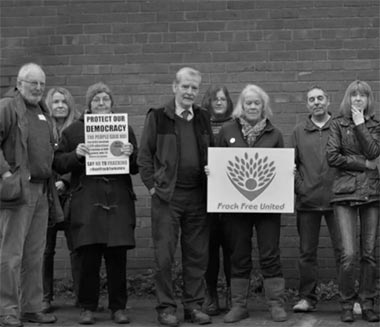 I’m truly humbled by this nomination, I set out to protect my local community from the threat of fracking and never expected to be in line for such an award.”

I’m truly humbled by this nomination, I set out to protect my local community from the threat of fracking and never expected to be in line for such an award.”

There is now a moratorium on fracking in the UK.

There is too many to thank, the network was vast. The core team to thank were the fracking groups, in particular the members of Frack Free Ryedale and Frack Free Lancashire along with Talk Fracking and of course, Friends of the Earth. But, I would have to personally thank Joe and Richard at Talk Fracking, Tom Anderton and Lucy Hawthorn, Jennie, Dennis, Adrian and Leigh. In fact, the entire FFU network for their support.

But, there’s no way we could have got to where we did without Chris, Diane and Andy, with a specific mention of four powerhouses of community campaigning, they are Caroline Davis, Dinah Keal, Adela Pickles and Claire Stephenson. They stepped up for the campaign when I needed them, I couldn’t have done it without this solid team

Finally, no campaigner can operate without support of their family. The special thank you has to go to my long suffering wife Nicky